This is another quickie step-by-step guide to adding layers for text and balloons using Paint.NET (See the previous version here, which has links to software and add-ons.)

I've shrunk most of the images below to 50% just so they're easier to view, but left a couple of images full size for clarity whenever values were entered in pop-up menus.

Here's the jpg file I started out with when putting this example page together, actual size: I opened it in Paint.NET which automatically reduces images to window size so it's easier to work on. This suits me, since my screen snapshot jpgs are slightly larger than the window. I select the Add New Layer button twice to create 2 layers above the jpg image: 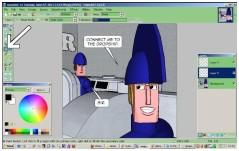 Text goes in the top layer, using the Text tool, and your font of choice: Select the middle layer, balloons go here. Select the Rounded Rectangle tool. (Note, see here for how to do oval balloons.) Change the Shape setting to Draw Filled Shape With Outline (the blue arrow). The default 2 pixel brush width for the outline is fine.

Click-and-drag [right mouse button = white] to create the rounded rectangle balloons under the text. (If it looks wrong I just hit Ctrl-Z and try again.) Straight balloon tails are drawn towards the characters, using the Line/Curve tool: And the triangles inside the drawn lines are filled white using the Paint Bucket tool [right mouse button = white]: I use the Zoom tool to zoom in closer, then the Paintbrush tool set to around 20 to paint out lines inside the balloon [right mouse button = white]: ...so I hit Ctrl-S to save the Paint.NET file under a unique name.

After the .pdn file is saved (this can easily be edited later, if I find any mistakes) I resize the image to 66% [menu Image > Resize]: My comics are made up of jpg panels, which can be stitched together to form a page for display purposes, e.g. loading to Comic Fury, or can be viewed in browsers ŕ la infinite canvas, with as many panels as I like per update.

Let's rewind back to the point above where dialogue text has been added to the top layer. Change the shape type to Draw Filled Shape (blue arrow below). Now, instead of the Rounded Rectangle tool, use the Ellipse tool [right mouse button = white] to draw ellipses in the middle layer, under the text.

Add a new layer, which will appear above the balloons layer:

Select the Paintbrush tool and adjust the brush size to something big, in this example I used 400. Then move the big brush head so the edge of the brush (the circle, in the image below) forms an imaginary tail between the balloon and the character: Select the Eraser tool, and move the big brush area over the big white circle, so that when you click to erase, a crescent will remain that forms the balloon tail:

Left-click to erase the majority of the circle, leaving the balloon tail:

I used the eraser again to delete the bit of the circle that was left above the balloon. Remember, the "tail" is on another layer from the oval balloon, so deleting isn't going to affect the balloon.

Select Merge Layer Down to merge the tails layer with the balloon layer below. The tail and balloon are now one, in the middle layer!

Select the Paintbrush tool, make the paintbrush a big size (again in this example, I've used 400) and move the brush so the imaginary crescent edge will form a tail that will connect with the balloon (in this example, from "SIR." to the background character): Select the Eraser tool and move the circle over the big white circle, until the crescent of the balloon tail is defined: Left-click once to remove the selected area of the big white circle, leaving the crescent for the balloon tail... and then delete the part of the crescent that isn't needed. Select Merge Layer Down to merge the tails layer with the balloon layer below: This step is optional -- I like to draw a one-pixel outline around the oval balloons and tails so they stand out a little more. [menu Effects > Object > Outline Object] ...adjust the Radius to 1 and hit the OK button: As above, after I hit Ctrl-S to save the Paint.NET file, I then reduce the image size to 66% [menu Image > Resize] and then select [menu File > Save As] to save as a jpg [Quality=75%, Flatten] which will be included in the comic: And that's it! Hope it helps!

P.S. And this is how the example panel looked in the comic, pasted together with other panels and given a white frame border: 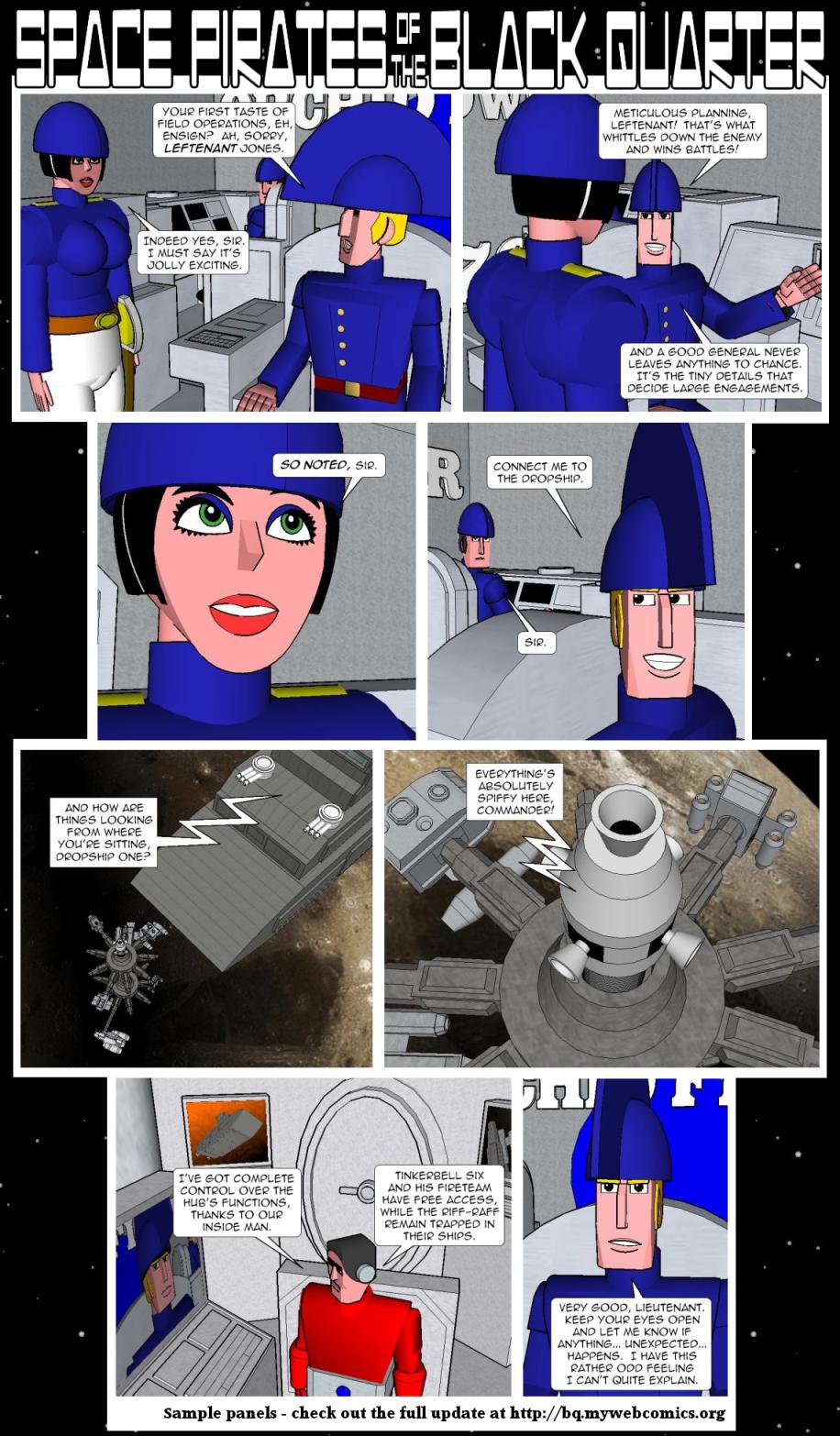 The obligatory © 2011 by Derek Paterson notice

Back to my comics hub